The stranger and the young boy stopped and slept that evening and woke up ready to continue their journey. But all of a sudden there were men yelling and guns going off. Horses where running here and there, and men were shooting from horseback. And men were dying and falling off their horses, and even some of the horses fell in utter pain. And they could see two men sitting on horses at the top of the ridge looking down on the battle. And so with great care the stranger and the young boy made their way to the ridge top. There they found two generals one dressed in red and the other in black… each directing the battle. And the stranger said: What’s going on? And the red general yelled: Get out of here, this is no place for you… we are at war! 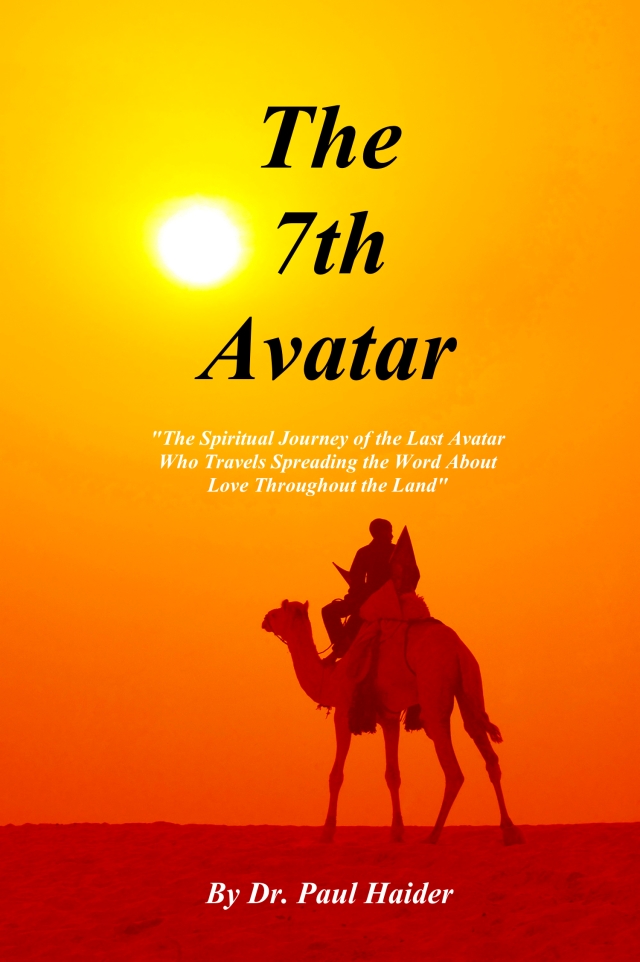 And with that the stranger walked towards the generals and put his hands up as though he were about to push something and prayed. And from his hands powerful beam of light came forth spreading through the area. And all of a sudden time stopped complete as though frozen, nothing was moving except the stranger and the young boy.

And the stranger walked over and placed his hand on the forehead of red general and then the black general… and told the young boy to look at the crystal. And the crystal was divided into two sections, one section with the mind of the red general and one section with the mind of the black general. And they were going through a review of their life, thus seeing everything they had done in their life. Feeling the pain, feeling the suffering, feeling the agony that every man, every animal, every wife, child, parent, and friend had suffered… as their loved ones were killed and maimed by war.

The expressions on the generals faces were that of horror and sheer terror, for they were finally living and understanding what they had handed out in mindless orders to countless men who had died in agony.

And the stranger sat down with the young boy and watched the results of these two generals actions that were carried out. Even the young boy had to look away because it was so bloody and terrible. And the stranger just nodded his head and looked up at the generals who had streams of tears running down their faces. And they cried out loud because the agony they caused was now theirs to endure.

After about an hour the stranger put his hands on the foreheads of the two generals and they were released from the grips of time. But they cried and bawled out loud in agony over what they had experienced. And finally they stopped and looked at the stranger and the young boy. And the red general said: I had no idea how much agony I had brought to so many people… people I don’t even know. Let alone the suffering of the soldiers and the horses.

And with that the stranger held out his hands and the troops started to move again… and the generals ordered them to stop fighting. And then the stranger clapped his hands together in a loud clap of thunder and everything was back to normal as though the war had never started. Every horse, every soldier, and even every blade of grass was back to normal.

And the black general said: Who are you Oh Holy One? And the stranger answered: I have come to teach love, I am from God, the Universe, and the One and Only. I’m the living soul, the eternal soul which can never be hurt… it’s time to end all wars!

For everything we do to others we also do to ourselves. To hurt or even kill another, we will feel the pain and suffering later when we cross to the other side of the veil. And thus all that suffering brings about a lack of vibratory acceleration. Thus we came back to this world over and over again until we finally learn our lessons.

It’s time to put all war aside and love one another as God, The Universe, and the One and Only loves you. For you see none of you are separate as you think… you are one with God at all times. And it’s time to heal the world! What you’ve spent on war you now can use to help the poor, and bring about the end of disease and hunger. Go back to your people and share with them all your money. Now is the time of love, in fact the time of love is way overdue, it’s time the world healed… making the planet a wonderful place for everyone. And both generals nodded and the stranger and the young boy rode off into the morning air.

This is the last chapter of Book ONE,

at the beginning of May I will start Book TWO,

For I will be traveling giving seminars in April.

Please let me know if you’ve enjoyed this book.

Feel Free to Share this Article –  Dr. Paul Haider – Spiritual Teacher and Master Herbalist for over 25 years, You can find Dr. Haider on FB under Dr. Paul Haider, Healing Herbs, Shambala Spiritual Transformation Institute, WordPress Blog “Relax Into Success” and at  www.paulhaider.com feel free to contact him any time.

Here is a short video bio – http://www.youtube.com/watch?v=rK6Eg-xlX3U Here is my Google+ address if any of you would like to connect.  — http://plus.google.com/+PaulHaider–drpaulhaider  ——  All My Consultations are Always FREE

Dr. Paul Haider has been a Master Herbalist for over 25 years. Dr. Haider helps those looking for healing and realization. Dr. Haider has over 4,000 articles about natural health and spirituality, a radio show, and writes for many magazines including OM Times Magazine. Dr. Paul Haider - Contact him on his Website contact form at www.paulhaider.com - and also on FB under Dr. Paul Haider
View all posts by Dr. Paul Haider →
This entry was posted in The Relaxed Soul and tagged Agony, book, Chapter 31, Dr. Paul Haider, End All Wars, Feel Agony, Feel All, Feel Suffering, Feel the Pain, god, Help the World, Life Review, metaphysical, Open Heart, Open Hearts, Pain, Paul Haider, See All, spirituality, suffering, The 7th Avatar, The One and Only, The Red and Black Generals, The Universe, TRS, USA, Use Money to Feed the Poor, War. Bookmark the permalink.

This site uses Akismet to reduce spam. Learn how your comment data is processed.